Editor’s note: Pamela Fagan Hutchins is a writer. In this article, she shares with us her thoughts about how and why she started writing and how her first work saw the light.

When I sat down to write novels in my thirties, I had no idea what kind of writer I wanted to be or what sort of stories I would tell. I was just the woman who sent overly long emails filled with slice of life stories to my friends and family. I’d gone through fits and starts, flirting with every conceivable genre and incarnation of the written word. No matter how I tried to write “fresh”—unrelated to me—my stories came from what I knew. Being a wife. A mother. A daughter. A lawyer. A stepmom. A fresh water West Indian. A lover of animals. An investigator. A singer of songs. A Texan.

Now I realize this is what all writers do (mine their own life for material). Back then I thought creativity meant I had to write outside my world.

Back then I thought creativity meant I had to write outside my world.

But it wasn’t until I unleashed my fascination with the impact of place and religion on culture, past and present, that my stories gelled, which brought me to the novel that became my first What Doesn’t Kill You romantic mystery, Saving Grace. 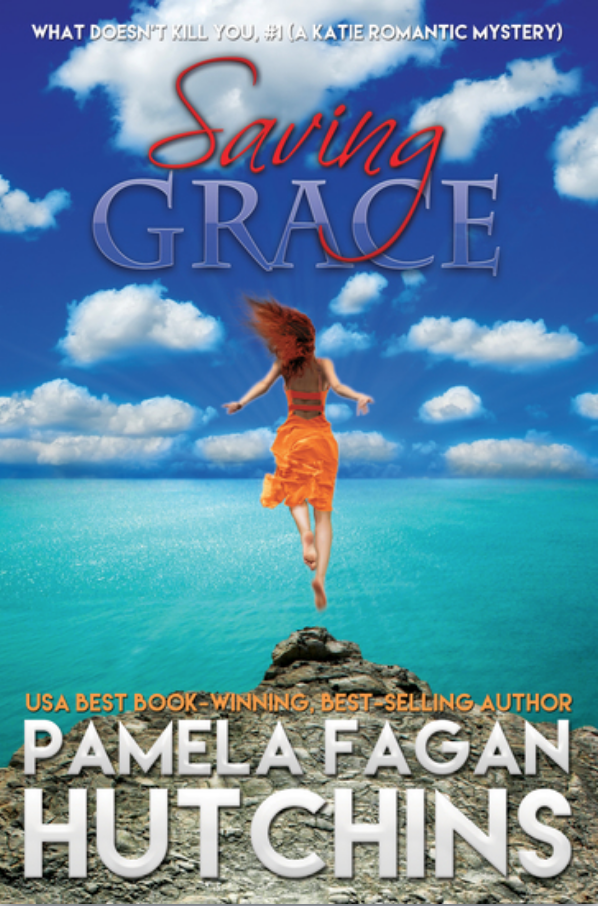 My original drafts of Saving Grace were a fictionalized account of my experiences with my house in the U.S. Virgin Islands. Period. I introduced readers to a jumbie (ghost or spirit, in voodoo and Santeria) named Annalise, but she was just in the protagonist’s (Katie’s) head. We never saw the jumbie. I downplayed her, scared of revealing what she really was to me: real.

I had lived in the U.S. Virgin Islands for nearly ten years. I married a Virgin Islander. My best friend besides him is a Virgin islander. I was immersed in this odd space between Christianity and “legacy” voodoo and Santeria. Between slavery and freed people. Between my life of privilege and minority. Between beauty and violence. Between the four senses and what lays beyond them. The people native to the island—including my husband and best friend—take for granted that jumbies co-exist amongst us. Some are good, some are bad. Most are a little of both. Their jumbie stories are current and frequent, and occurring, according to them, even in my own home.

At the eleventh hour on Saving Grace, I realized that the heart of my writing is that odd space. It’s whatever makes the setting my protagonist lives within unique: religiously, mythologically, culturally, historically, and contemporarily. Annalise the jumbie sprang to life beside Katie, and her story paralleled Katie’s. We saw Annalise, we got to know a little about her, and we wanted more.

And the simple act of making her visible—of accepting that there are things beyond my upbringing and five senses, of validating what is real to the people I’d grown to love in the islands—burst through in my writing from that moment and forever more. Katie’s differences from her world and her new friends in the islands became more important and yet more nebulous. The colors became brighter, the stories bigger. The book became a love letter/poison pen to the Caribbean. The path forward from Saving Grace to the next two Katie What Doesn’t Kill You mysteries (Leaving Annalise #2, Finding Harmony #3) became clear.

And to the odd space for the What Doesn’t Kill You mysteries beyond Katie, too. So if you think you see in my fast-paced romantic mysteries a fascination for cultural and religious history and exploring their extremes without sacrificing pace or tension, you are correct. I don’t do cozy. I don’t do police procedural. I don’t do pure romance or pure women’s or literary fiction. I do “cross genre,” uncontainable, not coloring within the lines of what agents or publishers expect will sell. (My readers around the world proved them wrong). This is the thing that makes my What Doesn’t Kill You mystery series mine, and I love sharing it with readers.

Editor’s note: Andi Cumbo-Floyd is a writer, a teacher, an editor and a reader. In this post, Andi reflects on how real life inspires her…

This is the second of a 3-part series on awesome books for product lovers and managers. Enjoy! OK, so you read all of the books…