Are you one of those people that still have not read any novel by Terry Pratchett?

Sir Terence David John Pratchett, a.k.a Terry Pratchett was a renowned English fantasy novelist that died just last year, aged 66. In 2009, Pratchett was honored knighthood for his ‘services to literature”. He is best known for his prolific Discworld series of forty one novels.

Pratchett has been publishing an average of one book and a half since 1983, with his works having been translated into numberless languages. Pratchett’s sales are around 1% of all the volumes of fiction purchased every year in the United Kingdom. In fact, he is the second most read contemporary author right after Harry Potter’s J.K. Rowling. His stories use fantasy to explore real-world issues, always accompanied by a mordant humor, but also full of drama and horror.

How to explain what Discworld is to someone that has never read a Terry Pratchett novel? Discworld is a fictional world, flat and balanced on the backs of four elephants that stand on the back of a giant turtle, named Great A’Tuin. Check on the Internet ‘Great A’Tuin’ and you will see what I am talking about. His worlds were utterly fascinating but also overwhelming.

If you want to start reading any of his works, it is inevitable to ask ‘Where should I start’. Discworld has several principle subplots; readers can start picking up the first book of any these subplots, which are the following:

1) The Color of Magic: It is the first novel of Disworld, full of incredible situations, hilarious dialogues and unforgettable characters as Rincewind and Twoflower. 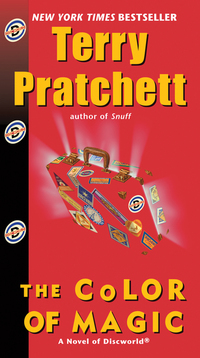 2) Guards! Guards!: Half fantasy, half crime novel, here is where we discover the mythical, and disastrous, guard of Ankh-Morpork and how an honest and straighforward two-meter dwarf manages to join The Watch and put it upside down. 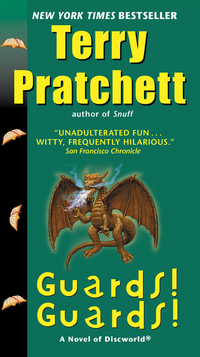 3) Equal Rites: In this novel, Granny Weatherwax uses all her magic and intelligence to defend the rights of the first female magician of the history of Discworld. 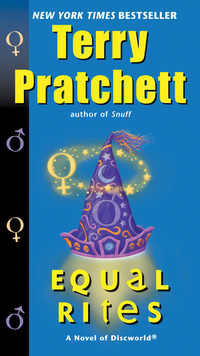 4) Mort: Death is depressed because he has been doing the same all of his life. He hires an apprentice to do his job for some time and he takes a vacation. 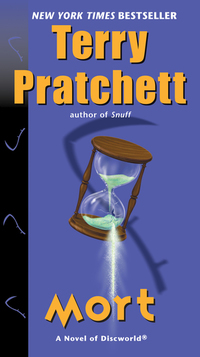 5) Moving Pictures: As the title suggests, Moving Pictures is a funny parody of the film industry and its Mecca in the real world: Hollywood. It is full of references and winks to classic movies and silent films. 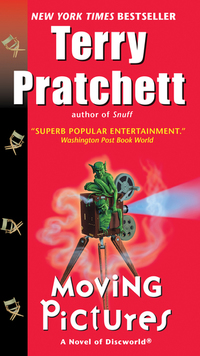 It is important to be aware that no single novel is representative of the others because Pratchett’s works evolved with the author as his interests and humor changed over the years.

Apart from his amazing worlds, Pratchett also created unforgettable characters. The greatest one is probably Death. This character that always talks in capital letters, appeared in his first books as the classic skeleton with a cloak and scythe and became a key character in Mort – probably, one of the most remarkable novels of Discworld.

Other characters include Granny Weatherwax, a very powerful witch. She is the wittiest, and is recognized as the leader of a community of Witches. Rincewind is an incompetent and coward almost-magician -he didn’t finish his studies at the Unseen University- who is always involved in troubles against his will and has enemies everywhere. Sam Vimes is a policeman, he is weary and unshaved, an incorruptible idealist with deep beliefs in justice. He is the Duke of Ankh and commander of the City Watch. And Twoflower, who is the first tourist in Discworld history. He is an insurance salesman that loves magic and mythology. He is optimist and naive, and it is always running into dangers but he is always certain that nothing bad can happen to him.

All these characters appear in Discworld, but there are other works worth being mentioned, such as Good Omens, written with Neil Gaiman; and The Long Earth series written with Stephen Baxter.

His death was a great blow to his fans. They flooded the social media with his pictures and quotes. Nothing better than to finish this post with his words:

‘Knowing that you are going to die is, I suspect, the beginning of wisdom.’

Read all about Terry Pratchett and his wonderful works at 24symbols!